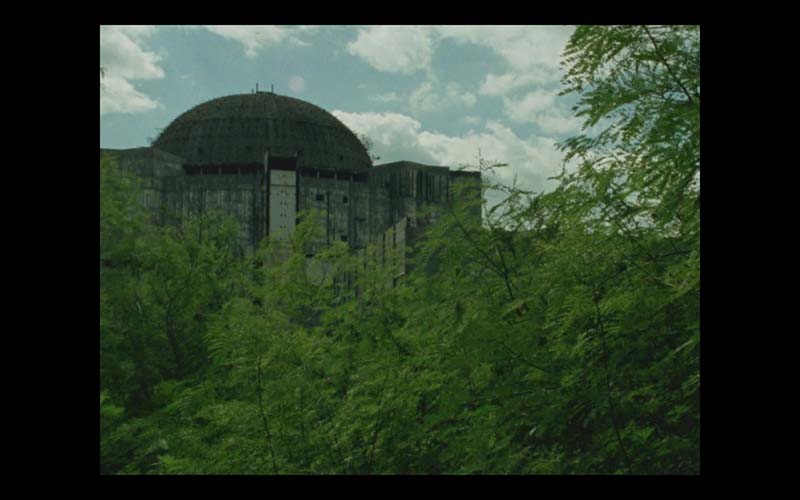 Filmed in various locations in Cuba, Todo lo Sólido is an experimental hybrid that mixes documentary and fantasy to tell the story of an island that sinks into the Caribbean Sea. Structured like an epic poem, the film is divided into seven Cantos (songs) that shape the journey of a nameless DRIFTER. Looking for answers to make sense of the impending catastrophe, the off-screen protagonist visits Alberto el BRUJERO, a witch of the Santeria religion. To obtain the protection of Olokun, goddess of the sea, Alberto asks the DRIFTER to gather seven objects necessary for the ritual. The content of the list will remain a mystery as the DRIFTER searches the island for a nomad, encountering five characters: a GEOGRAPHER who denies the certainty of the storm while reflecting on the isolation that the landscape of his country entails, a HISTORIAN explains why Always attached to the land to which he dedicated his life, a FISHERMAN spends most of his time at sea due to his sense of duty to provide resources for the island, a FARMER living in the mountains of Sierra Maestra da la welcoming the storm in hopes of seeing the Caribbean Sea, and a CONTRACTOR unaffected by the storm insists on finishing his luxury project. The six documentary portraits guided by the fluidity of the sea reflect the oscillating aspects of Cuba’s complex socio-political landscape. Finally, the DRIFTER returns to the WITCHER as rituals multiply around the island’s capital. The storm is approaching as people carry offerings to the beach, bodies are washed with salt water and dolls symbolizing the past are burned in fires in the streets. Some are seen leaving the island while others choose to stay, inside one of the departing boats we hear the voice of the DRIFTER for the last time when they leave the island. When the storm finally arrives, we understand that this process is cyclical; This storm has come many times before and will probably return again.